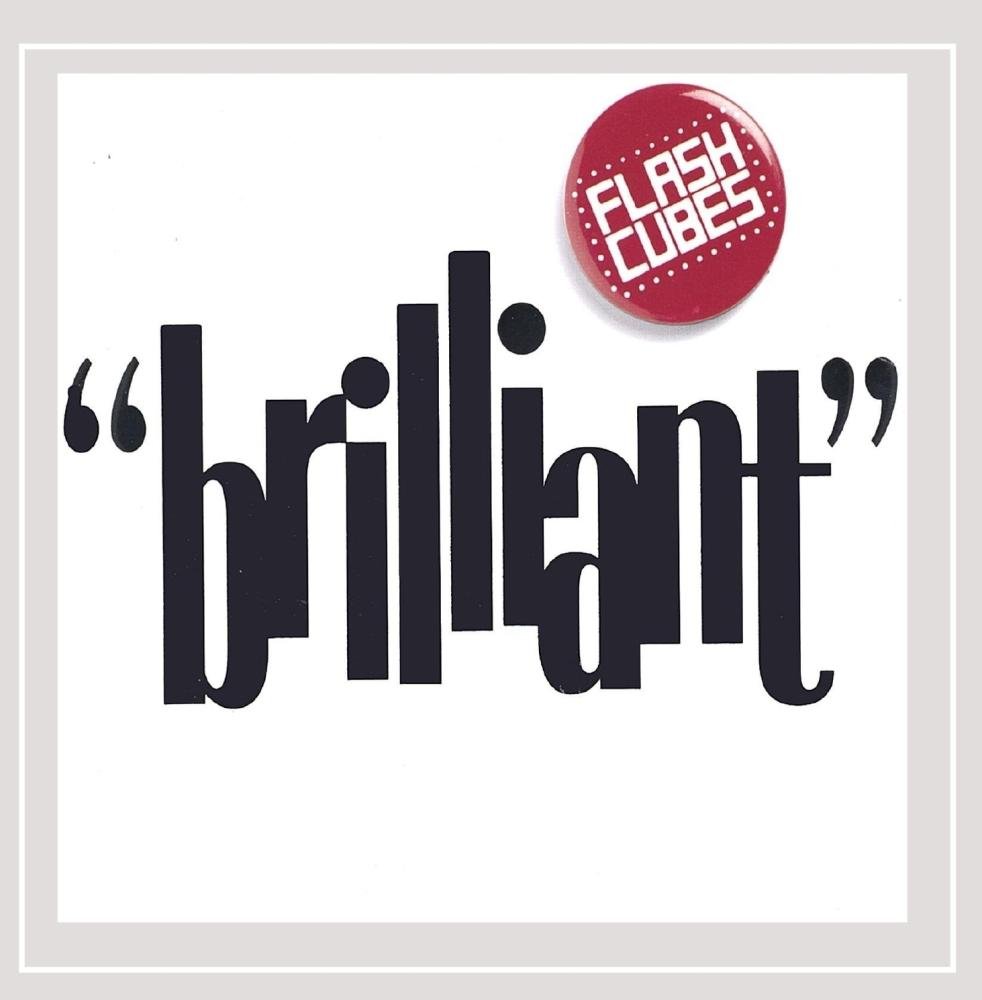 BRILLIANT, fulfills they're promise....all the excitement of a live show in a great studio record. -- "i"Carl Cafarelli, WXXE - FM , December 2002

Brilliant captures their intensity and smart pop chops. They're at the top of their game. -- Bill Holmes, Pop Culture Press , March 2003

The Flashcubes may be the great lost power pop group of the 1970s. Formed in 1977 in the sleepy little city of Syracuse, NY, the Flashcubes combined their love for the timeless British Invasion rock'n' roll of the Beatles, the Kinks, the Hollies and the Who with the high-energy sounds of the punk rockers just starting to make a big noise around that same time. Throw in a healthy reverence for classic power pop acts like Big Star and the Raspberries--and a healthy irreverence for everything else--and you've got a fair picture of what made the Flashcubes shine so brightly.

The Flashcubes are guitarists Paul Armstrong and Arty Lenin, bassist Gary Frenay and drummer Tommy Allen. During their initial life span of 1977-1980, the Flashcubes released only two singles, "Christi Girl" and "Wait Til Next Week," on their own Northside Records label. They always seemed on the brink of bigger things--everyone who knew them just presumed the Flashcubes would become stars--but the big things never materialized. Paul was replaced by Mick Walker in '79, and the 'Cubes were history by 1980.

The individual Flashcubes each pursued their own separate visions. Tommy moved to L.A., where he became involved in artist management and production; he worked with the Sighs on their great power pop debut album. Paul started his own band, the Richards, and moved to Boston; the Richards released a great CD, Over The Top, in 1995. Arty played with power pop icon Paul Collins, appearing on the Paul Collins Band's 1993 From Town To Town CD and later producing his own solo CD, A Life Of Ease in 2000. Gary became a solo acoustic act, with two SAMMY (Syracuse Area Music) Awards for best songwriter and two acclaimed CD's, Armory Square amp; Jigsaw People, distributed nationally by Tangible Music, and a Frenay amp; Lenin CD, Live@Pastabilities in 1999.

And all good things come to those who wait. In 1993, Paul, Arty, Gary and Tommy reunited to record four new tracks. One of those tracks, "It's You Tonight," appeared on the first volume of Yellow Pills, Big Deal Record's justly acclaimed series of power pop compilation CD's. Rhino also dug up "Christi Girl" for inclusion on Come Out And Play, a collection of 70's vintage power pop in the label's D.I.Y. series. The 'Cubes also recorded tracks for The Beat Or Not The Beat, a Paul Collins tribute disc recently issued in Australia, and for a Raspberries tribute disc, Preserved.

The Flashcubes' next project, Bright Lights, was the long-awaited first album from the greatest power pop group you'd never heard. Bright Lights offered all of the best of the Flashcubes, then and now. Fans of pure pop delighted in the Raspberries groove of "No Promise," unrepentant punks shook their fists to the angry clatter of "Got No Mind," while anyone who remembers ever being a teenager in love swooned along to "Christi Girl." And that was just for starters, as the old stuff had been remixed for maximum punch, and the new stuff simply proved that a great band was always a great band. Then and now, the Flashcubes are a great band.

The renewal of their recording career coincides with a renewed commitment to live performances. The past few years have brought appearances in Syracuse, Boston, New Jersey, New York City, Rochester and Los Angeles (where they were one of the featured acts at the International Pop Overthrow, a pop festival of over 100 bands from around the world).

In 2002, the band is celebrating their 25th anniversary with a tour of Japan (that yielded a live CD, Raw Power Pop) and with the release of an all-new CD, Brilliant (Dec 2002).

Challenges and opportunities in the Indian hospitality…

Sudeep Jain: We at IHG are expecting to sign and open more...

Anantara Hotels, Resorts & Spas to debut in Seychelles this September

Vineet Gupta: Covid-19 has not impacted the organised meat retail in anyway

Nagesh Chawla: Change in MICE scenario in the new normal

Nagesh Chawla: Change in MICE scenario in the new normal

Safe Together by Club Med

COVID-19: The industry will need grit and resilience

Both for farmer welfare and employment generation, the food processing sector should...

Sudeep Jain: We at IHG are expecting to sign and open more hotels in the mid to long term

Anantara Hotels, Resorts & Spas to debut in Seychelles this September

Day 20 | Bringing back the labour-class staff will be a big challenge: Chef Gautam Chaudhry

Day 19 | Industry experts believe the worst of the outbreak is behind us as new cases are slowing down:...

Mirazur at Relais & Châteaux.: A restaurant between Heaven and Earth

EF&H Staff-MumbaiJuly 26, 2020
July 26, 2020
Read Article At the foot of the mountains overlooking the sea, a stone’s throw from...
END_OF_DOCUMENT_TOKEN_TO_BE_REPLACED

Restaurant of the Week

This website uses cookies to improve your experience. We'll assume you're ok with this, but you can opt-out if you wish. Accept Read More

Webinar on the Post Covid-19 Classroom and Career Path